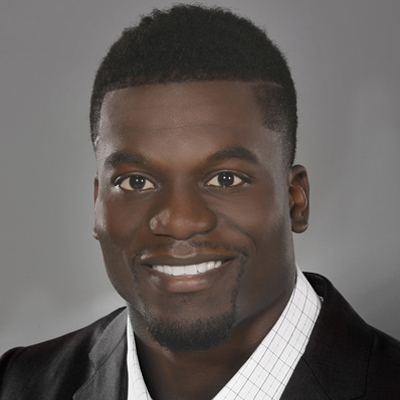 Benjamin Watson (born December 18, 1980) is a former NFL tight end. Now retired, Watson’s career included playing for the New England Patriots, Philadelphia Eagles, Cleveland Browns, Baltimore Ravens, and New Orleans Saints. Watson attended Northwestern High School in Rock Hill, South Carolina, and was a letterman in football. As a high school senior, he caught 31 passes for 515 yards. The two-time All-Region selection and Northwestern High School Student of the Year led his team to the state championship in his junior season. He was also a member of his high school chapter of the Fellowship of Christian Athletes.

After attending Duke University as a freshman, he transferred to the University of Georgia where he majored in finance. After an all-SEC senior campaign, he was drafted in the first round of the 2004 NFL Draft by the New England Patriots. As a Patriot, Benjamin was blessed to receive a Super Bowl ring in his rookie season, as well as appear in another Super Bowl in 2007.

In the 2005 AFC Divisional Game against the Denver Broncos, he made perhaps one of the most notable plays in NFL history, when he tackled Denver cornerback Champ Bailey one yard short of what would be a 101-yard interception off Tom Brady. Bailey intercepted the pass one yard inside of the Patriot end zone and proceeded 100 yards before Watson, the only Patriot within ten yards of Bailey, hit Bailey violently, knocking both the ball and Bailey out at the Denver 1-yard line. This play is of note due to the fact that Watson was on the other side of the field when Bailey made the play. He had to sprint an estimated 120-yards, run through a referee and never gave up in the chase.

On March 12, 2010, Watson signed a three-year deal with the Cleveland Browns, which reunited him with former Patriots assistant coach Eric Mangini. In the 2010 season, Watson led the Browns in receptions, receiving yards, and receiving touchdowns. On March 18, 2013, he agreed to terms on a three-year contract with the New Orleans Saints and was named a team captain for the 2015–2016 season. In his 12th year in the NFL, Watson had career bests in both receptions (74) and yards (825), and he tied his career high in touchdowns (6). On March 9, 2016, Watson signed a two-year deal with the Baltimore Ravens. After a 15-year career, Watson announced his retirement at the end of the 2018 playoffs.

Watson served on the NFL Players Association Executive Committee and as an NFL Spokesman for the All Pro Dad campaign.

Since his retirement, he stays busy with his foundation, One More, and enjoys time with his family.

2004 – Scored a 48 out of 50 on his Wonderlic Test, tying for the third highest score in NFL history

2015—Watson published his first book, Under Our Skin: Getting Real About Race. Getting Free from the Fears and Frustrations That Divide Us.