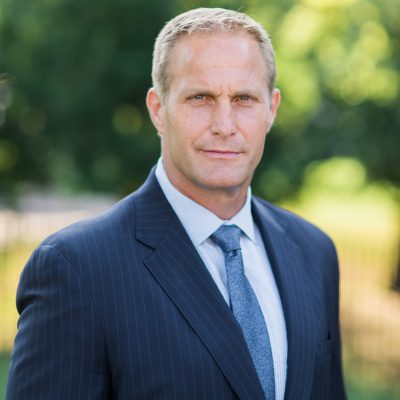 Three-time Super Bowl champion and Air Force veteran Chad Hennings’ successes began long before his professional football career. An accomplished lineman in high school, Hennings was offered full scholarships from universities across the nation. Instead, he chose to attend the U.S. Air Force Academy, where he racked up numerous honors academically and on the gridiron.

Hennings’ exemplary achievements put him at the top of many draft lists and earned him a spot on the Dallas Cowboys’ roster, but Hennings postponed his entry into the National Football League to fulfill his commitment to the U.S. Air Force. He entered the Euro-NATO program, a training program for top pilots, and soon found himself at the controls of the A-10 Thunderbolt.

During his four-year stint with the Air Force, Hennings flew 45 missions in support of Operation Provide Comfort in northern Iraq, an effort that helped provide relief and humanitarian aid to Kurdish refugees. He received two aerial achievement medals, a humanitarian award and an outstanding unit award for his actions in the service.

After his discharge, Hennings joined the Dallas Cowboys, quickly earning a starting position as a defensive lineman. He spent his entire 9-year professional football career with the Cowboys, retiring in 2001 with three Super Bowl rings.

Since his retirement from the NFL, Hennings has found success as a commercial real estate professional, management consultant and motivational speaker. He established Wingmen Ministries, a Christian men’s group, in Dallas-Fort Worth and is active in community affairs, including work with veterans organizations, at risk kids, and families who are struggling to make ends meet.

Hennings is President of Hennings Management. He is the author of three books, “It Takes Commitment,” “Rules of Engagement – Finding Faith and Purpose in a Disconnected World,” and “Forces of Character.”

He lives in Texas with his wife Tammy and their two children, Chase and Brenna.