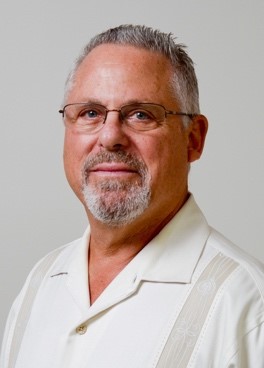 Dennis Cagan is a noted high-technology entrepreneur, executive, and board director.  He has founded or co-founded over a dozen different companies, taken some public, been a CEO of both public and private companies, a venture capitalist, a private investor, a consultant, and a long-time professional board member – over 67 corporate fiduciary boards.  He is in the IT Hall of Fame, and his book, The Board of Directors of a Private Enterprise, released in 2017, is considered by many to be the most authoritative perspective available on private company boards and governance issues.

Mr. Cagan is primarily engaged in management consulting in the area of corporate governance and boards of directors through GovernX LLC. The firm primarily works with private company ownership and leadership to develop and manage world-class governance through boards (both fiduciary and advisory), and its unique Governance Forensics which uncover loopholes allowing for desired changes in company ownership. All are comprised of an intense side-by-side, hands-on approach to helping C-level executives go beyond their current experience set. He also provides his trademarked Shadow CEO® services entailing one-to-one support to private company owners and CEOs.

Mr. Cagan has been a regular contributor of feature articles in a variety of business publications and is one of the only authors to have been published in the four most popular board magazines: Directors & Boards, NACD Directorship, Family Business, and Private Company Director. He speaks widely on the subject of boards of directors and governance, including the keynoting the inaugural Private Company Governance Summit, in Washington, D.C. in 2013, and speaking again in 2014, 2015, 2016 and 2019.

During his career Mr. Cagan has actively done business in 35 countries. In 1976 he founded the David Jamison Carlyle Corp. (his 5th start-up), turning it into one of the country’s earliest and largest distributors of computer peripherals. After being included in Inc. Magazine’s very first Inc. 100 listing at #32, he took DJC public (DJCC: NASDAQ) in 1981. Since 1983, in addition to his consulting, Mr. Cagan has served as an interim C-level executive dozens of times – often for companies where he was already a member of the board of directors.

Mr. Cagan currently sits on several technology company boards in in cities spanning both coasts. The course he teaches at SMU Cox School of Business, Business Leadership Center, Governance and Board of Directors 101, has been awarded a Teaching Excellence Award every year. Dennis is married with four daughters, has an Honorable Discharge from the USMC, and studied Economics at UCLA.