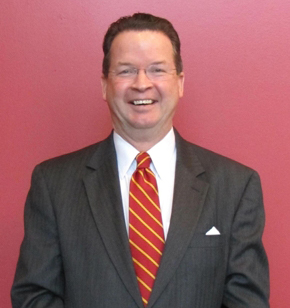 Until his appointment as Managing Director & General Counsel for the Jubilee Campaign’s LAW OF LIFE PROJECT (effective January 1, 2011), Mr. Casey served for the past two years as the Executive Vice President and General Counsel of Advocates International. For over 14 years before to that time, Mr. Casey served as the Christian Legal Society’s Executive Director and Chief Executive Officer from June 1, 1994 until October 15, 2008, where he was responsible for the general oversight CLS’ CENTER FOR LAW & RELIGIOUS FREEDOM and its life advocacy affiliate, HUMAN LIFE ADVOCATES, LLC.

As a public interest lawyer, Mr. Casey is well-known for his legal advocacy work defending the sanctity of human life before various state and federal courts and legislative bodies, including the United States Congress and United States Supreme Court. As a pro-life advocate, he has appeared on various radio and television talk shows, and been quoted in the New York Times, Wall Street Journal, Los Angeles Times, USA Today and Washington Post, to name a few, in defense of the inalienability of human life, the health care right of conscience, the pregnancy care industry, bioethics and the advancement of human embryo adoption. To strengthen the academic support for these initiatives, Mr. Casey helped organize the CENTER FOR BIOETHICS AND HUMAN DIGNITY on whose advisory board he has served since its founding in 1995. He has also participated in DO NO HARM: THE COALITION OF AMERICANS FOR RESEARCH ETHICS, AMERICANS TO BAN CLONING and American for Ethical Stem Cell Research to show that the benefits of adult stem cell research and why human cloning or destructive human embryo research are unethical and unnecessary. He has served as the founding chair of the HEALTHCARE FREEDOM OF CONSCIENCE WORKING GROUP and an organizational representative within theFREEDOM2CARE COALITION seeking to protect the freedom of health care providers, insurers and insureds to serve others with a good conscience. He is currently serving as co-counsel representing the plaintiffs in Sherley et al v. Sebelius et al, a federal court action to enjoin unlawful funding of destructive human embryo research. He is also serving as lead counsel for defendant-intervenors in Nova Health Systems et al v. Pruitt et al, an Oklahoma state court action where Mr. Casey represents intervenors seeking to defend the constitutionality of an Oklahoma law that a bill that requires the performance and explanation of an obstetric ultrasound examination prior to a pregnant woman having an elective abortion. Mr. Casey is often asked to author pro-life perspective “friend of the court” amicus briefs, the most recent of which is Mr. Casey’s brief on behalf of over 20,000 medical doctors advising the U.S. Fourth Circuit Court of Appeals in the O’Brien v. City of Baltimore case that the dissemination of information regarding the medical risks of induced abortion is ethically warranted, and in some states legally required, in whole or in part, to support the truly informed consent that a pregnant woman must give before she elects an induced abortion. Among other works, Mr. Casey is the author of How the Law will Shape Our Life and Death Decisions: The Case of the Human Embryo, and co-author of Specially Respecting the Living Human Embryo by Adhering to Standard Human Subject Experimentation Rules. 2 YALE J. HEALTH POLICY, LAW AND ETHICS 111 (2001). Having served as co-counsel in Nightlight Christian Adoption Agency et al. v. Thompson, the settled action before the United States District Court for the District of Columbia that (consistent with the policy announced by President Bush on August 9, 2001) caused federal funding of stem cell research that requires or incentivizes the destruction of living human embryos never to begin. Representing DO NO HARM and others, Mr. Casey has also prepared and filed detailed comments with the National Institutes of Health opposing on legal, ethical and scientific grounds President Obama’s Executive Order reversing that policy. He was also served co-counsel in the successful defense of the eight pregnancy resource centers (PRCs) in New York State who were challenged by then New York Attorney General Eliot Spitzer for fraudulent business practices, false advertising and unauthorized practice of medicine. The NY Attorney General ultimately withdrew his unlawful investigatory subpoenas when faced with seven separate state court actions to quash the subpoenas coordinated by Mr. Casey. Mr. Casey has also provided the same sort of defense for PRCs in Maryland and Illinois who were being investigated by the Maryland and Illinois Attorney Generals at the behest of the National Abortions Rights Action League.

Prior to his time at AI, CLS and his current assignment at JC’s LAW OF LIFE PROJECT, Mr. Casey was a founding partner in the law firm of Larson & Casey. During the period 1990 through May 1994, Mr. Casey also served as the Dean of the Trinity Law School in Santa Ana, California where he taught LEGAL ETHICS & PROFESSIONAL RESPONSIBILITY, LABOR LAW, and LEGAL RESEARCH & WRITING. Mr. Casey served as the General Counsel of the Western Center for Law and Religious Freedom from 1988 through 1990 where he was actively involved as legal counsel in the legislative advocacy and legal defense of religious freedom for all and the right to human life from conception to natural death, including a federal False Claims Act case against the County of Sacramento. A Christian Legal Society (CLS) member since 1987, he served on CLS’ board of directors from 1992 until October 15, 2008. Mr. Casey is the founding chairman of the Board of Directors of the Alliance Defense Fund where he served from 1992 until 1994. He served on the Board of Directors of Advocates International from 1999 through 2008. He currently serves on the Board of Visitors for the Regent University Law School and the Louisiana College Judge Paul Pressler School of Law’s Board of Reference.

Born on July 27, 1951 and educated through high school in Pittsburgh, PA. Mr. Casey received his Bachelor of Arts Degree in English from Stanford University in 1973 and his Juris Doctor Degree in 1977 with honors from the University of San Francisco School of Law, where he was Articles Editor of the USF LAW REVIEW. In 1977, Mr. Casey served as a law clerk to California Supreme Court Justices Raymond Sullivan and Wiley Manuel. In 1982, he also served as a deputy district attorney for the City and County of San Francisco. Mr. Casey became a partner in the international firm of Orrick, Herrington & Sutcliffe (OH&S) in 1986, specializing in securities fraud litigation and labor law. He resigned his OH&S partnership in 1988 to found a public interest law firm serving the legal needs of the poor. Mr. Casey is licensed to practice law in California and before a number of federal courts including the United States Supreme Court where he has appeared as counsel of record or as counsel to “friends of the court” on numerous occasions particularly in cases involving the sanctity of human life. For example, Mr. Casey filed a “friend of the Court” brief in Cano v. Baker asking the Court pursuant to FRCP Rule 60 “in the interests of justice” to consider reopening the erroneous records in Doe v. Bolton to determine whether the lack of evidence in that case or “changed circumstances” since that case was decided warranted a different and “more just” result.

Sam has been married to his high school sweetheart, Jill, for 37 years. Jill and Sam are the blessed parents of two adult, married children: Kelly married to John and Sam married to Heidi.